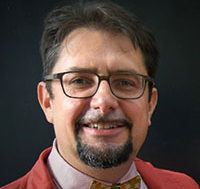 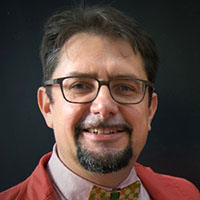 Born in Dolo (near Venice) in 1968, he has a playful childhood.
In the beginning of the 80’s he gets in touch with the association MultigiocoClub from Mestre, and immediately becomes their “mascot”, being the youngest of the group. He is called from everybody Darietto [little Dario], in order not to get mixed up with the other Dario, “Darione” [big Dario] De Toffoli. Since he has a daughter, many friends call him Zack, but some nostalic ones still call him with the first nickname.
Beeing in touch with De Toffoli becomes a lasting status, and gradually he starts to collaborate with studiogiochi: he runs tournaments, develops boardgames and produces puzzles and other games for the press.
The big jump happens during the editions of the Italian Game Festival: he is responsible for some entire sections. Starting from that moment “Darietto” really understands what he wants to do once he grows up and soon he gets the chance to cross the great sea that separates “saying” from “doing”.
All the rest is topicality: he writes books and collaborates in the creation of games, and especially has a great pleasure presenting new puzzles to people, especially logic and numeric ones.
Suddenly one day he surprises everybody that sees him as a cold  calculator by winning an international poetry competition (www.centrostudivignola.it), with his first and last verses ever written.