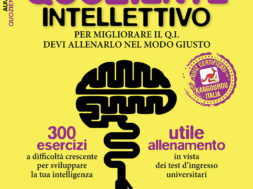 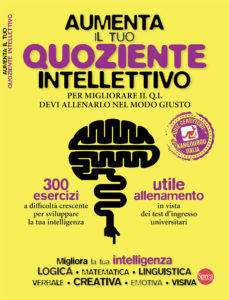 Aumenta il tuo quoziente intellettivo (Increase your IQ) has been released, the new book by Dario Zaccariotto to improve the IQ, by training it in the right way.

The collaboration between the Cultural Association Kangarou Italia and our own Logika magazine has been going on for many years. To assemble this volume, Dario Zaccariotto has been authorized to freely select the questions among those proposed in the official texts of the game-contest Kangarou of Mathematics. Kangarou Italia, which manages this event, operates mainly in the context of schools, therefore not in direct contact with the “general public”: Dario’s work makes available a part of Kangourou’s cultural heritage for an opening in this direction.