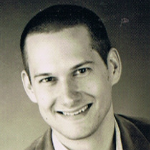 Klaus Ottmaier was born 1977 in Vienna. Perhaps he played games before he was able to speak … After School he studied Genetics. 2000 he moved to Cologne where he became a bookseller and a happy father of two sons. This was the time when he started to work on games in a professional way – he became the Editor of the small publisher Argentum Verlag. In 2012 he got the great opportunity to work for Pegasus Spiele what he does as the Head of Publishing till now.