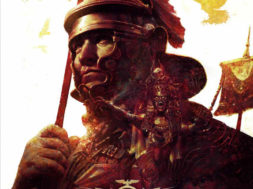 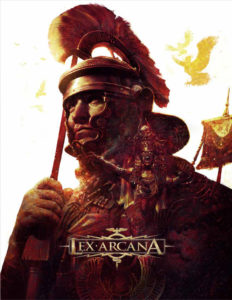 After 26 years, the most successful italian tabletop role-playing game of all time is coming back with a renewed edition!

Lex Arcana is a fantasy role-playing game set in a Roman Empire that never fell, where history, mithology and legend come together to create a unique and breathless setting: a world where unstoppable legions and barbarian hordes, ancient monsters and cursed gods, mystic powers and unameable worships all coexist together.
In this alternative reality, Cohors Auxiliaria Arcana is the only resistance that protect the Roman Empire from the dangers of the barbarians and the supernatural threats. Each player become a Custos, sent to complete missions in the most dangerous locations of the Roman Empire, often beyon its borders… Selected groups of Custodes investigate forbidden misteries and dark conspiracies, defeat supernatural enemies, monsters and secret worships, defend from every magical or inhuman danger the Pax Romana, the senate and Rome’s people.

Some pages of the Core Rulebook