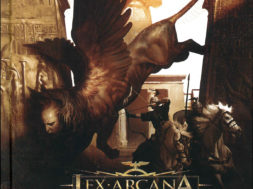 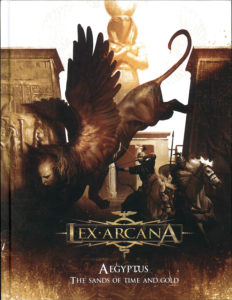 The sands of time and gold

This volume is the first official geographical expansion of new Lex Arcana, and it describes the splendid and disturbing Province of Aegyptus.

In the land of ancient pharaohs, whose dynasties go back to the time of the gods themselves, the Cohors Auxiliaria Arcana will be facing intrigues and conspiracies, malign spells that come from forgotten eras, sand demons and secrets that can bring to madness even the wisest of minds.