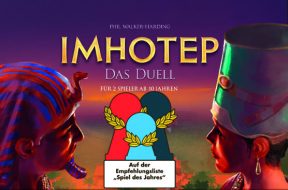 20/05/2019 cristiana.giuriato@studiogiochi.com
20 May 2019: an important recognition for Imhotep Das Duell. It is one of the recommended games by Spiel des Jahres 2019!
Read more 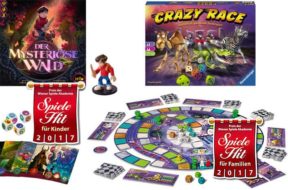 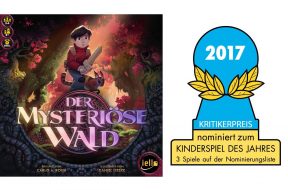 June 2017: eighth nomination for studiogiochi at Spiel des Jahres, with the brilliant game Der Mysteriöse Wald, by Carlo A. Rossi.  The Kinderspiel des Jahres 2017 has been awarded to Ice Cool by Brian Gomez! 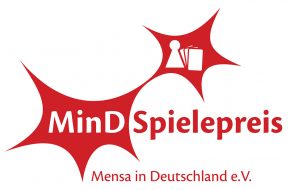 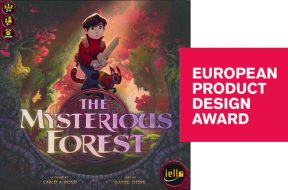 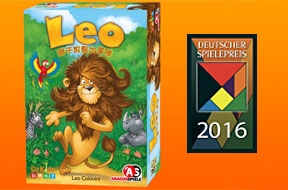 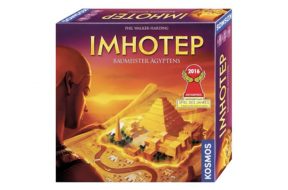 July 2016: on July the 18th in Berlin the Spiel des Jahres 2016 has been won by Codenames by Vlaada Chvátilil. Among the three nominated games Imhotep (Kosmos), the game by Phil Walker-Harding, second place at the Premio Archimede 2010 (as Builders of Egypt). We are proud of this new success of another one of the Premio Archimede participants. 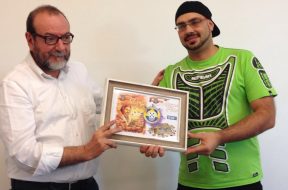 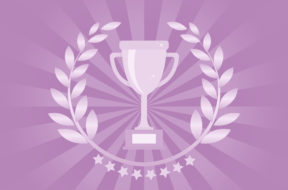 Hamburg, June 20 2016: Stone Age Junior by Marco Teubner wins the Kinder Spiel des Jahres. The other two games were our Leo muss sum Friseur by Leo Colovini and Mmm! by Reiner knizia. Among the reccomended games also Die Geheimnisvolle Drachenhöhle by Lanzavecchia - Obert. The link goes to a nice report of the day written by the very same Obert.

May 2016: nomination for the fantastic game by Phil Walker-Harding Imhotep (Kosmos) for the Spiel des Jahres 2016 together with Codenames (Czech Games Edition) by Vlaada Chvátil and Karuba (Haba) by Rüdiger Dorn!

May 2016: Think Str8, the game by Leo Colovini, published by Huch & friends, is among the nominated games for the MinD Spielepreis 2017! 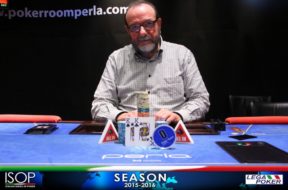 September 2015: another great result for one of the Archimede games! Cacao, the game by Phil Harding, third place at the Premio Archimede 2010, obtained the 7th place at the Deutscher Spieler Preis 2015!

15/04/2015 info@studiogiochi.com
The winner of the Premio Archimede 2012 Marco Polo by Simone Luciani and Daniele Tascini wins the "Pfefferkuchel" 2015! A great achievement also for the Premio Archimede 2010 3rd place Cacao by Phil Harding that gets the 3rd place. It is a price voted by about 300 gamers (mixture of families and pro-gamers). The "Pfefferkuchel" is a nice indicator for further good games of the year as you can see in the history of the previous edition’s winners.
Read more