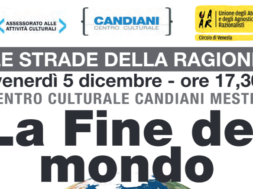 In the last month of the year we start from the intriguing book by Telmo Pievani “La fine del mondo. Guida per apocalittici perplessi”, published by Il Mulino in 2012, exactly the year in which the world was supposed to end!

Listen to the conference 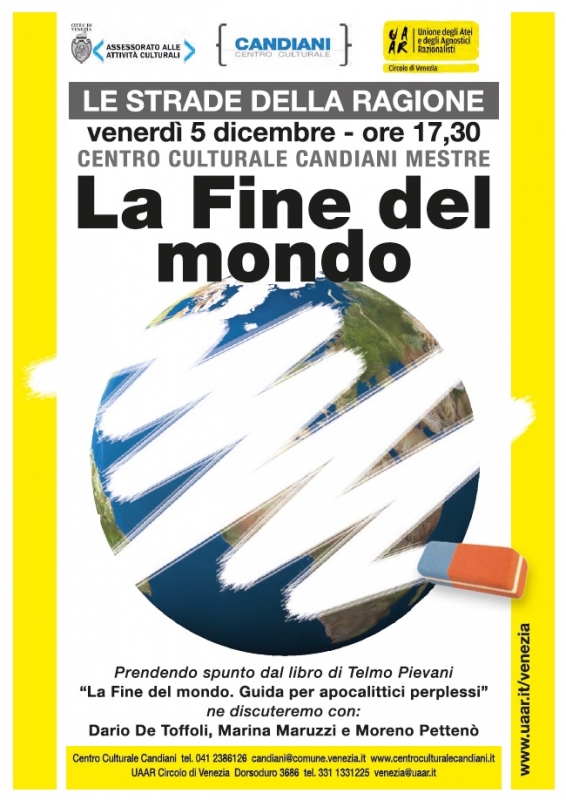 But we are still here and so we will analyze this general fear that begins from ancient beliefs like the Great Flood, anxieties and feelings of guiltyness. A chat in the crooked mirror of an always insecure and defensive humanity.
The book is divided in five chapters dedicated to catastrophy, disaster, nemesis, extinction, and the Apocalypse with lines that ironically describe the influence on people of theese words.
The charm of it is that of death and the new, of what will be after us, maybe something better than us, since we are bringing to the extreme the world’s resources, preparing ourselves to the terrifying demise.
But the world could resist for many years, in spite of our damages.
And the years passing could readjust the balance of nature that we have broken. The fact is that these new balances may not include us.