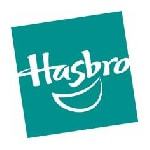 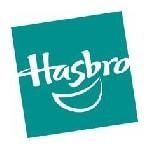 American multinational for games and toys, at the second place just after the great Mattel company. Under the brand Parker Brothers, it published Monopoly, the most popular game in the world, released in Italy as Monòpoli (1936). Hasbro was founded by Henry and Helal Hassenfeld under the name of Hassenfeld Brothers, then shortened into Hasbro in 1968. Born as a textile company, it  soon started to change its interests working also in other areas, including toys. But only after the great success of Mr. Potato, the first toy to be promoted on TV, in 1952, games and toys became a real vocation for this company. The successful toys have been many throughout the years, from G.I. Joe, the first “action figure” for kids, to  My little pony. The term “Action figure” has been given as a real definition, a neologism created for the occasion, since “doll” was not a proper name for a boys toy. This is an example of how accurately Hasbro works on the marketing of its products. Hasbro acquired many other companies of this area, that became brands and divisions of Hasbro: Parker Brothers, Milton Bradley, Tonka and Playskool just to mention some of them. In 1998  it acquired for about 6 milion dollars Avalon Hill, a prestigious Wargames company grounded in 1958, at the time in a great crisis and involved in a fight for the brand Civilization. In 1999 its time for the Wizards of the Coast,  publisher of the collecting cards Magic: l’Adunanza and Pokémon: a deal of  325 milion dollars!
With the brand MB it published Inkognito, the most succesfull game by studiogiochi.

Games or Books (with studiogiochi)