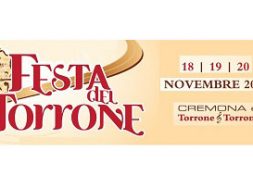 studiogiochi participated to the Festa del Torrone of Cremona, that took place between the 18th and 20th of November 2011 and had “travel” as the main theme of the event!

As a download on the left an example of Thread (Power Point) and here below an example of Crossworld, two of the many games used during the event:

Place on the 3×3 grid the names of the following tourist attractions:

The only rule you have to follow is that the first line should have the most northern cities, the third line the most southern, and the same counts for the east and the west, in the right and left columns.