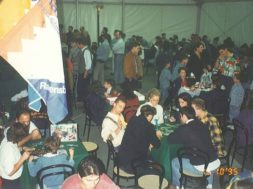 During October 1995 studiogiochi organized in the city of Mestre, with the support of the Cultural Association of the City of Venice, a ludic event with:
– a Game-o-teque in the main square of the city (11 to 15 of October) with 1000 boardgames, including all the latest games, various “giant” games for animations and demonstrations, a computer game-o-teque with many advanced platforms… for 1995.
– various animations in schools (2 to 10 of October): pairs of entertainers visit 10 elementary and middle schools in Mestre, Marghera and around that area, offering a variety of recreational activities including entertainment, demonstrations and competitions (such as Memorycontests, animations with Sapientino games, the presentation of the words game Verba Volant, an introduction to Role Playing Games with the authors of Lex Arcana, and classic games such as Paroliamo and Contiamo) 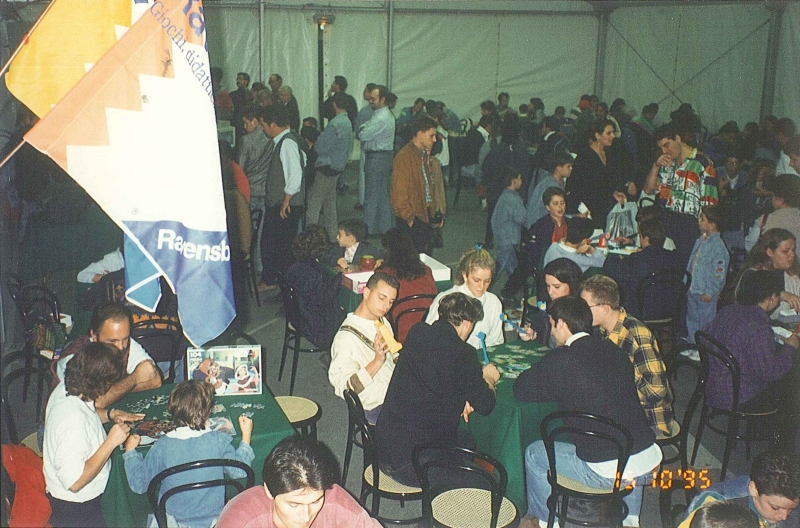 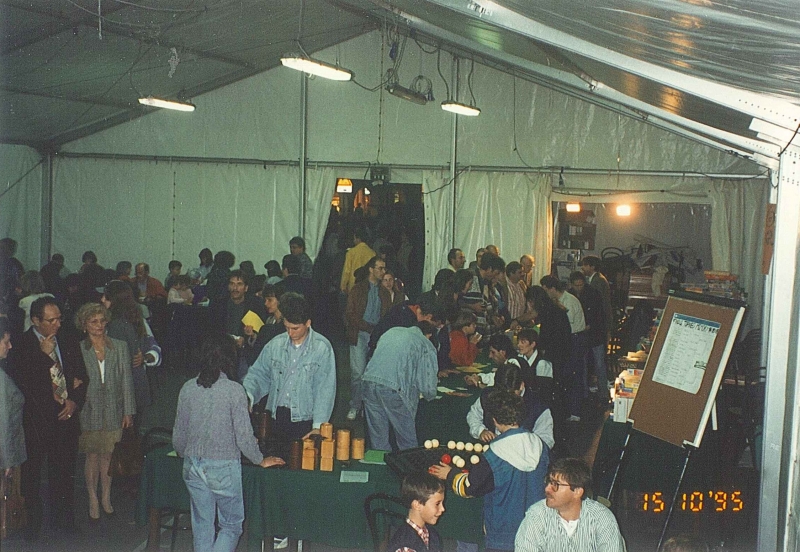 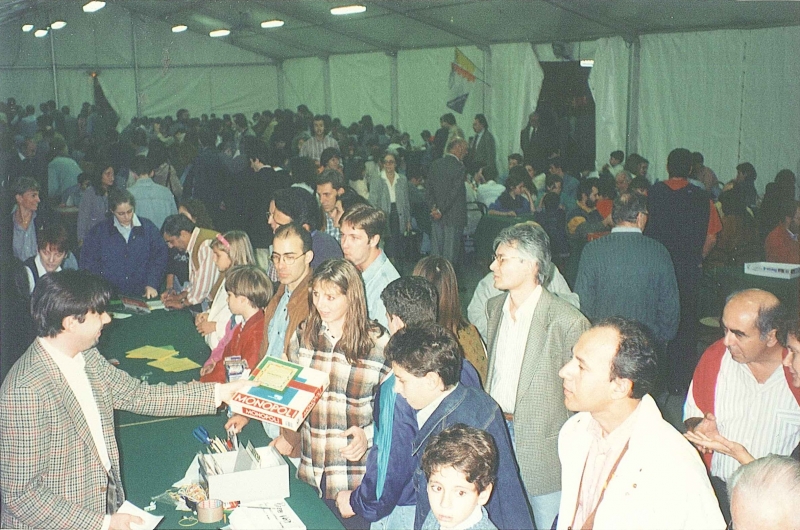