Justinian I ruled Byzantium from 527 to 565. His great ambition was to unite the Roman Empire. He succeeded at great military and financial costs. Justinian gained further fame with beautiful buildings such as the Hagia Sophia. His acclaimed Codex Justinianus was a milestone in the history of law.

In Justinian, the players secretly influence the emperor’s counselors, so that the counselors will serve the players’ cause when Justinian makes important decisions. There are three important phases during the game and it is not simple to predict the decisions of the Emperor. The board game is really captivating: counselors flow on the scale of the favourit ones, changing every time the position and the values you can read through the 3 holes that are positioned at different height on each card. With this incredible system, each time counselors change their position, also their value will change. Justinian comes from Bisanzio, by Alessandro Saragosa, the game that won the Archimede Award 2000 (ex aequo with Gnomoni, by Carpitella, then became San Giminiano). 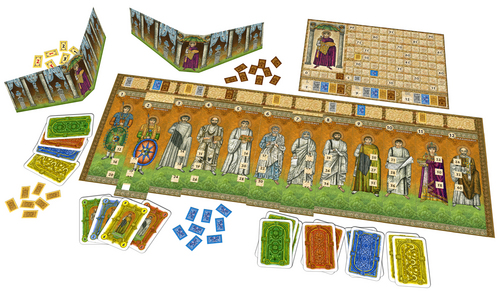 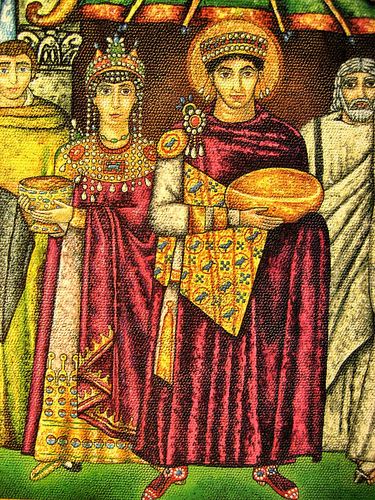 Justinian was published thanks to its attendance to Premio Archimede