Premio Archimede 2021: the jury is at work 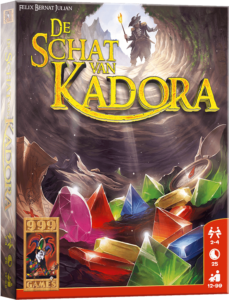 Pirates have found a treasure map of the island of Kadora. After months in the sea, finally they land on the island and they find a treasure of coloured diamonds hidden inside a cave. The gems are distributed among the pirates, but the treasure is under a spell… and once they return to the ship, they find out that it is now stuck.

Only who possesses the most coloured diamonds will be able to leave the island. So now pirates begin exchanging among each other, in order to get rid of the diamonds that count as penalty points. Who will manage to sail away with the booty?