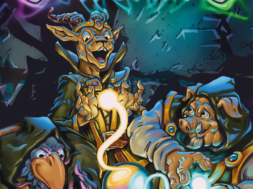 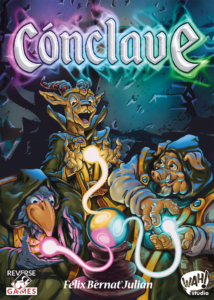 At the largest gathering of sorcerers of all time, it will be decided who will be in control of the magic for years to come. The great lords of the kingdom risk their power and the honor of their houses if they do not have sufficient influence on magic, so they send their emissaries to the Conclave to gain control of at least one spell. To do this, they attract followers of any magic to their zone of influence.

But at the end of the game, those followers who belong to magics that are not controlled by anybody, will be disappointed and will play against them, because they will count as negative points. In Cónclave, the player with the least number of “disappointment points” wins the game.

Cónclave was published thanks to its attendance to Premio Archimede