Claudio Borgnino met studiogiochi in the middle of the 80’s, infected by Giocare a Scarabeo by De Toffoli. He soon became one of the finest italian players, not only in Scarabeo (then in Scrabble), but all kinds of word games.
In Rome he grounded a club that became a forge of champions  in all sorts of games; among them Enrico Colangiuolo, Pietro Rossi and Giuseppe Ricciardi.
He also organizes with mastery Words Championships.
In the past few years he had to neglect the ludic activity… and  we, knowing  and appreciating him, are eagerly waiting for his return. 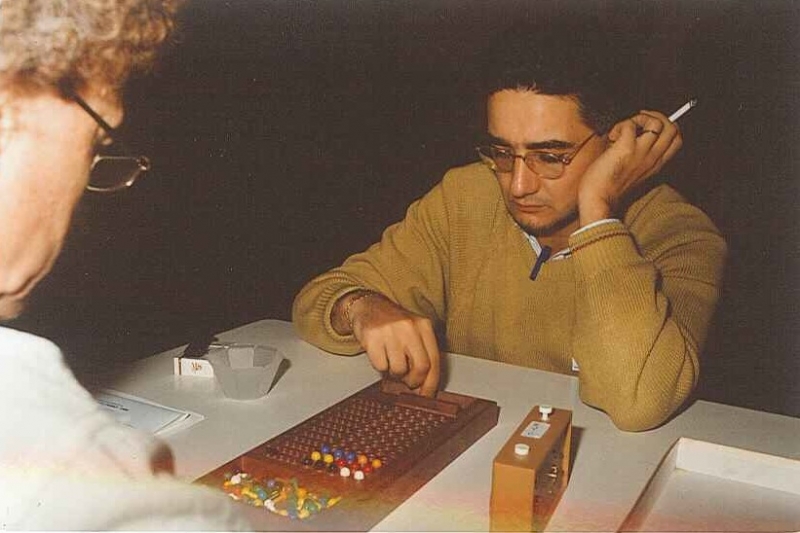