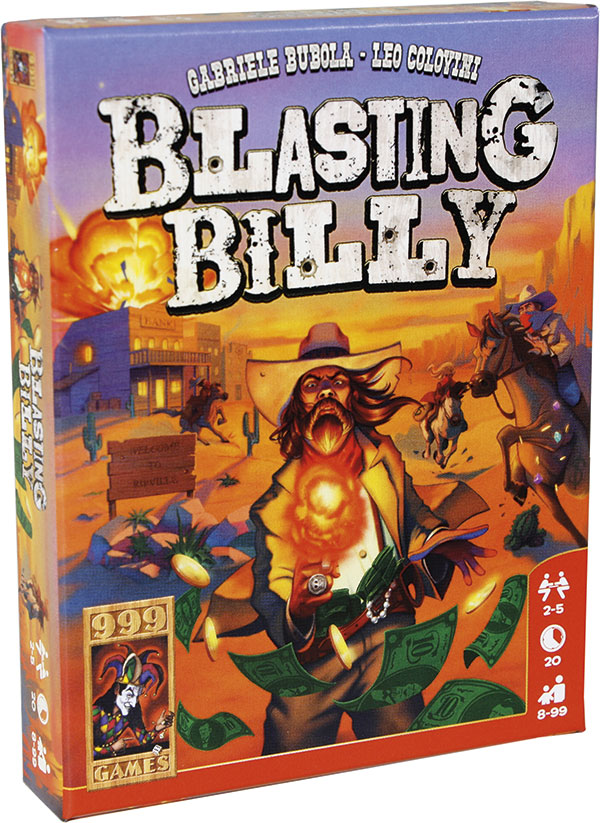 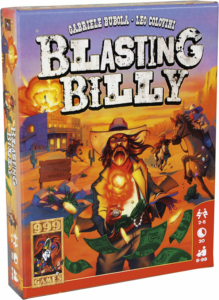 Wild West, 1860: as a member of Blasting Billy’s fearless gang of outlaws, you’ve just finished the bank robbery of your life. The loot is huge, but there’s a catch: the boss doesn’t like sharing! Whoever claims more loot than Blasting Billy is a goner.

The cards are five suited and you have to deal them intelligently. At each turn you can choose between three actions: place the card in front of you, give the card to Blasting Billy by placing it on the table with the correct color deck or discard the card. At the end of the game you check how much Blasting Billy has achieved. Anyone with a higher card value in a given suit is immediately eliminated. Whoever stays alive with the highest value wins.

Blasting Billy is a hilarious card game in which bluffing and math play an important role. If you can guess what your opponents are up to, you win the game.