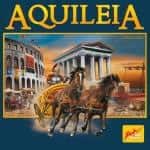 Winner of the Premio Archimede 2010, where it has been presented with the following words:
“If you think that modern life is complicated, try to find your way between the market, the arena, the stadium, the theatre and the forum of ancient Aquileia. The game is Aquileia by Pier Volontè of Cielo d’Oro.”

Each player, representing a wealthy Aquileian patrician, owns a certain number of henchmen (pawns) whom he uses for the main activities: playing, culture, trading, and building. Each activity can bring expenses, earnings and sometimes victory points.
The game lasts for 6 rounds. The winner is the player with the most victory points.

Aquileia, the second most important city of the Roman Empire, had been originally founded as an outpost against the Barbarian invaders. From its military origin comes the peculiar quadrilateral structure divided by the main streets.
Later, the city developed to become an important political and cultural centre and a prosperous trading city, especially for precious goods, thanks to its convenient and efficient river port. Important monuments such as the Gladiator Arena, the horse-racing Stadium, and the famous theatre were built, as well as craftsmen’s workshops, patrician villas which completed the architectural network of the city. 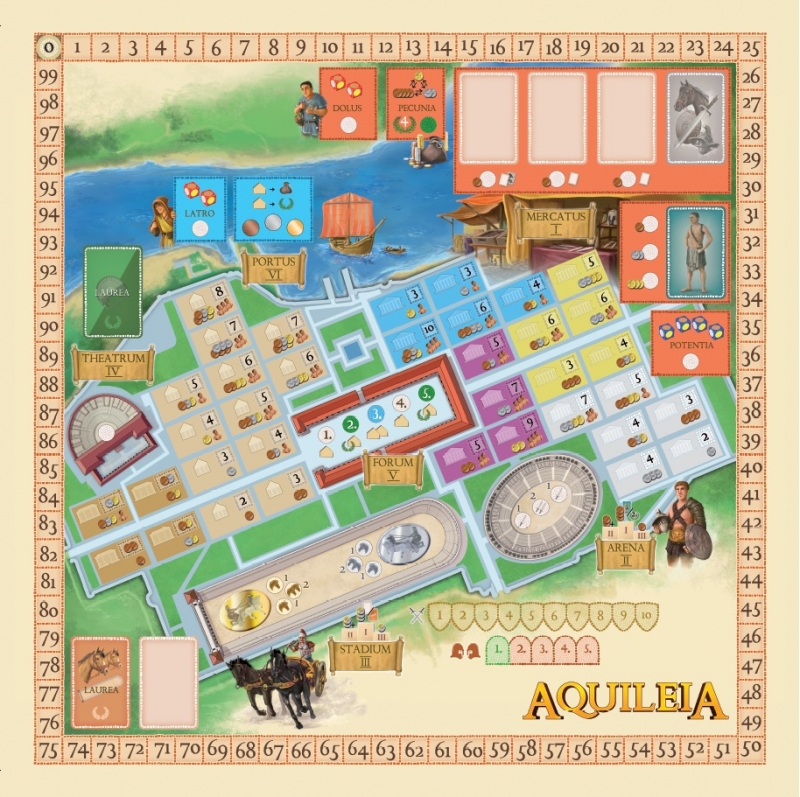 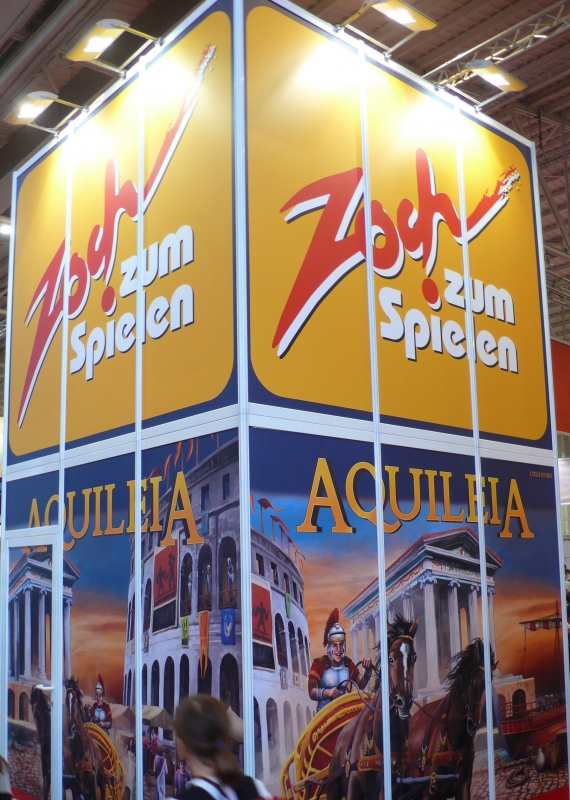 Aquileia was published thanks to its attendance to Premio Archimede