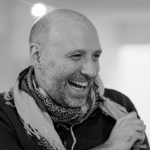 The Big Book of Quick and Mental Calculation

Born in 1971, Cyril leaves in Paris, France. He began his professional life as a software engineer. He is now a publisher, author and the CEO of Ystari Games since 2004. The first game he published was Ys (one of the inspiration for this game was Doge from Leo Colovini) later followed by the famous Caylus (SdJ special price, DSP,…) and 40 other games. In 2013, he founded Space Cowboys with (among others) Marc Nunes (ex-CEO of Asmodée) and fellow designers Croc (Claustrophobia) and Sébastien Pauchon (Yspahan, Jamaïca). Their first release was the hit Splendor.  He is passionate for Rock music (especially 70s Hard Rock)  and games of every kind (Chess, RPG, Eurogames and even video games). He is also a teacher (game design) in a video games school (ISART Paris).