The greetings of Beniamino Sidoti

Coming from classic studies in high school and Physics in the university, Mauro Gaffo researches for his duties first in science fiction (working for the publisher company Nord by taking care of some book series and then as translator) and after by divulging science: in 1992 he starts to work for Focus as a journalist, and in 2000 he becomes vice president of the same magazine. In 2005 he creates Focus Giochi, an innovating magazine about “games for the brain” which makes him win in 2006 the prize as ludic personality of the year. Starting form that moment he deals more and more with games, organizing for example the “Campionato della Mente” and being part of the jury for the Premio Archimede for three times. In 2013, careless about his age, he starts a new life becoming part of studiogiochi… where he discoveres that he still has a lot to learn. 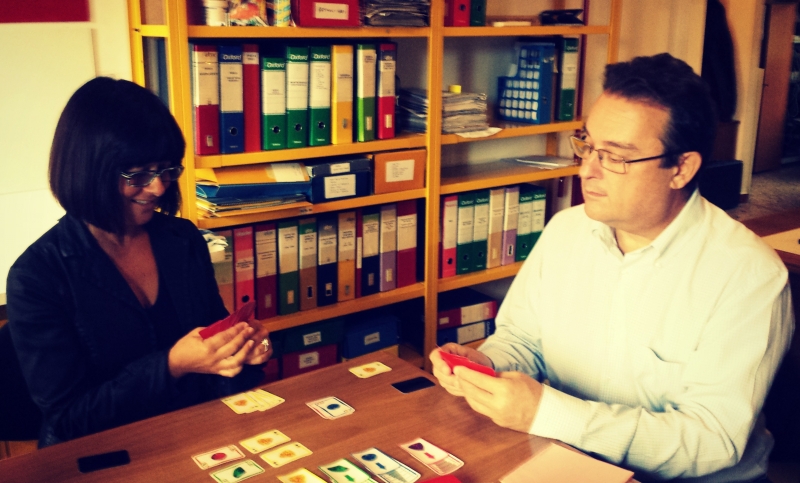