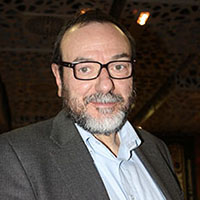 < Back to the author’s page

Paroliamo e contiamo was a TV Quiz Show that strted in France with Armand Jammot and was called “Des chiffres et des lettres”. Players had a series of matches of Paroliamo (see) and Countdown (see) to play, and for each match they got about 45 seconds time.

The game was a great success in France, where it started in 1965, but also in many other countries. It reached Italy, landing first on the TV Channel Telemontecarlo (in 1977) with Lea Pericoli, and then on the TV Channel Raidue, with Marco Danè. In the 80’s even some boxes of the game have been produced. Today in Italy is almost forgotten, it basically survives just in some magazines and in the events organized by the “Paroliamo e Contiamo” association of Florence.

In 1988 Dario De Toffoli took part as a player on the Raidue TV show, winning some episodes. In the video above the match against Roberto Morassi, from Florence.