Ther are 28 numbered cards in different colors, as in the image below: 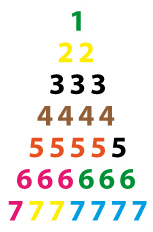 Four players have three cards. They can see their opponents’ codes but not their own; 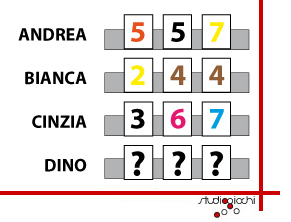