Answer to these 20 questions about super heroes: if you know them very well you’ll see a figure about heroes. How?
Each question corresponds to a portion of the grid with 5 squares: fill in the ones with an S if the answer of that question is YES, with an N if that answer is NO.
NOTE: the lines with 5 N should never be coloured. 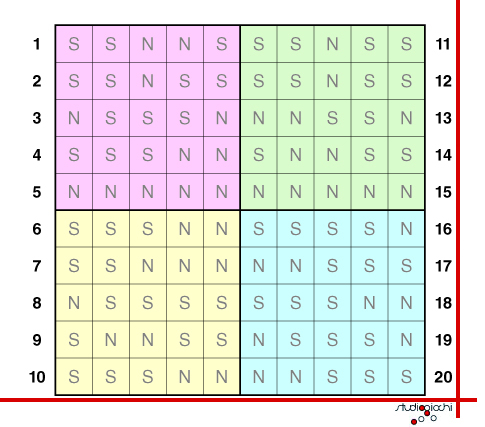 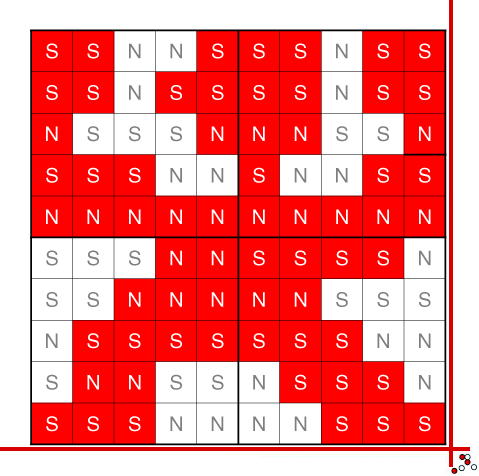