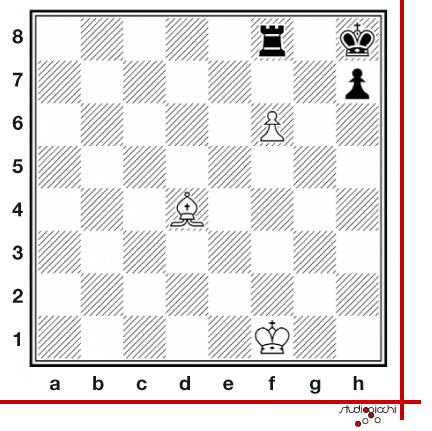 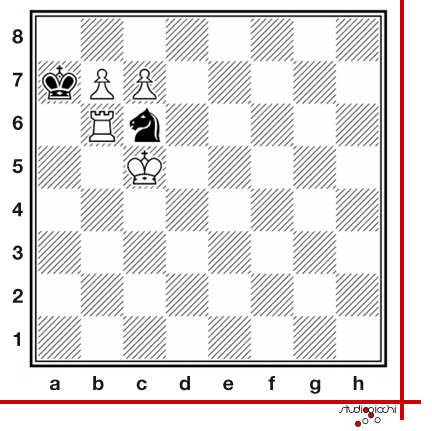 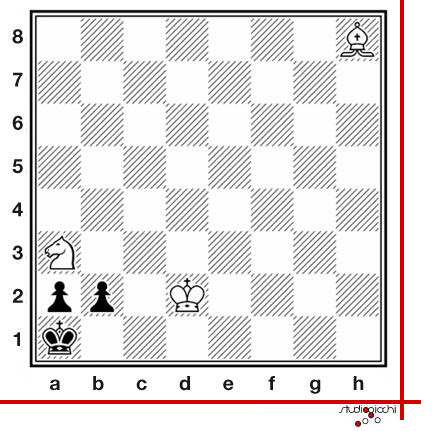 The decisive push
Jose Raoul Capablanca was famous for his rapidity and ability in playing the simultaneous matches, also against strong players. On the 13th of October 1913 at the Caffè Divan of Londra he was facing Edward Lasker (not to be confused with the world champion of those years Emanuel Lasker), who was champion in Berlin (1909) and short after became champion in London, and after, once he moved to the USA, he was champion in New York (1915) and Chicago (1916).
Nevertheless, as shown in the diagram the great cuban master made Edward imediately abandon the game with just one move. 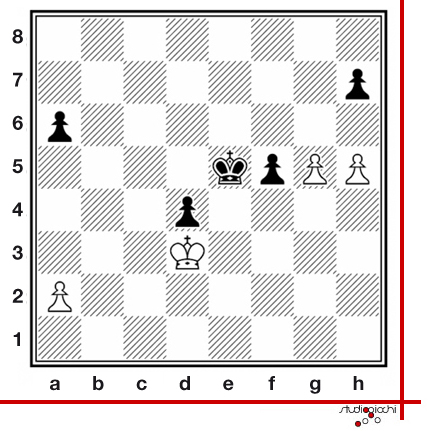 The sacrifice
Playing chess sometimes one has to “sacrifice” something, meaning that one may have to do an unconvinient exchange, in order to get, after a certain amount of moves, a “combination” that  is more important than the sacrificed piece, such as taking another important piece or even getting to checkmate. In the times of the great players, sacrifices and combinations were very popular, because they were producing very spectacular matches, and some of them really became history.
Actually the occasion of doing a worthy sacrifice doesn’t happen often, and when it happens, one has to be able to recognize it. Moreover one has to be sure of the exit of his combination, otherwise he will just loose a piece for nothing. Here an example of a great combination, taken from one of the greatest matches played in history: year 1852, between Adolf Anderssen and Jean Dufresne, known as the Evergreen Partie.
Black, just captured on Nf3, menacing checkmate in g2; White, can’t capture the queen because the g2 pawn is blocked by the g8 roock. But Anderssen’s goal is not the queen: his spectacular combination which begun by sacrificing two knights, went on by loosing an exchange and then even sacrificing the queen: