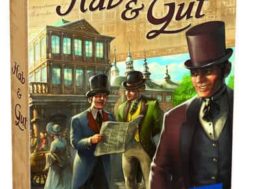 The greetings of Beniamino Sidoti 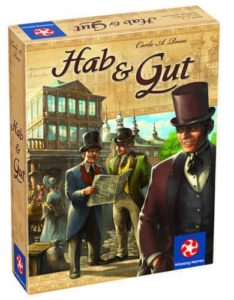 Rising industrial barons attempt to profit by skilfully trading shares of important wares to increase their wealth. Due to their status, they have access to inside information to aid them in their investment decisions. However, other barons have inside information as well, so they must react to the investments of other barons while also taking into account their own knowledge in order to outsmart the other barons through tactics and intuition. But personal wealth is not all it takes to rise to the top. The barons also have a reputation to uphold! In order to gain a well-respected reputation, barons must be unselfish with their donations to charity. The selfish that donates too little of his hard earned wealth is out of the running for top baron, regardless of his personal fortune.
Tactic is really important in this game, and players must use the “common chain information
“: thanks to the position of the cards stands between two players, each player can take his cards and part of the cards of players sitting next to him. In this way, they can make quotation of wares flowing up and down… But without beeing sure about what the opponent can do.