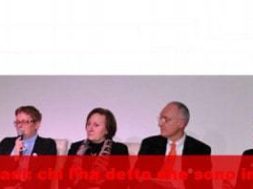 The bad administration of the Venetian Casino

Other talks for Venezia Cambia:
– July 2015 Casino: the bills don’t add up… let’s hope barons don’t return
– November 2015 Italian Casinos: who says they are in trouble?

«Casinos in Italy are very sad. The mirror of this country», these are the words Diego Cugia used in 1999 in his Alcatraz. Today things are even worse, Italian Casinos are even more sad. Especially the Casino of Venice who in about ten years decreased its incomes to its half; from 200 millions in 2004 to less than 100 millions in 2014. On the other side, the costs and expenses stayed equal, with a maximum in 2006 (86 millions) and a minimum in 2010 (63 millions). To understand, until 2011 costs were between 40 and 50% of the incomes, but in 2014 they raised up to 75%.

Let’s resume the 2014 informations, that have been presented by the City of Venice at the Toniolo Theater on March the 2nd. Games incomes 96M, expenses 72M, taxes 2M, final income 22M, more taxes 8M. So the very last amount is just 16M (against the 101M in 2004). In this situation the Counsil approved the decision of transferring to the Casino an annual prize equal to the money that the same structure will be able to save concerning all the employees costs. In 2015 this should be about 4 millions.

So, they spent the same amount of money as when they were gaining double and then they talked about 4 millions of savings? A prize? What for? Is there a plan to restructure this reality? Well, show it to us!

Venezia Cambia 2015 thinks that for 3 years Mr. Zappalorto did a very bad and nasty job, beyond his power, but with everybody favorable!

Years ago, when everything was going well and there was a lot of money, everything else was a secondary problem. Later, while the world of gambling was changing internationally, the venetian administration was not noticing anything. Internet playing was becoming more popular and the venetian people who had the intuition of taking that direction would get  fired. The Casinos of other countries offer hotels at a good price, wellness areas, shows, restaurants and more. Their goal is to make their costumers have a confortable and nice stay. Not only playing and gambling, but also other attractions. The Casino of Venice has always been a reality living in the past: one just has to cross the borders to see the difference.

Some would say that the decrease of incomes is due to the crazy political decision of legalizing slot machines making Italy become a worldwide anomaly. But this can’t be the only reason.

Venezia Cambia 2015 thinks that there should be a structural change that starts from getting rid of the administration and avoids privatization. It could be possible to restart from the employees giving importance to their skills that have never been used.

The Casino of Venice can not only start to live again but also become a modern place for gambling in a good balance between economics and ethics.

Venezia Cambia 2015 will always be against gambling outside a Casino (slot machines), something that is creating a lot of problems.

This article has been sended to the local press. A part of it has been pulished on La Nuova Venezia on March 12 2015.